When high-performance glazing manufacturer, Tru Vue, wanted to celebrate the 20th anniversary of its premium product, Optium Museum Acrylic®, the company turned to Plan B to develop the ultimate tribute for the ultimate acrylic.

Plan B developed a campaign to engage the company’s loyal custom framing partners, asking them to shoot a special commemorative video in their shops.

The campaign involved an email push with several deployments encouraging participation as well as promotional social media posts to raise awareness. Interested framers were led to a custom landing page to order a special 20th Anniversary T-shirt to wear in their video along, with filming and submission instructions.

We filtered through incoming framer video submissions, choosing the most captivating content for short-form video, then added music, transitions, closed captioning, and additional campaign creative to produce the finished piece.

Additional campaign elements included a landing page with product information and social posts that framers shared with their own audiences, resulting in more organic exposure and excitement. 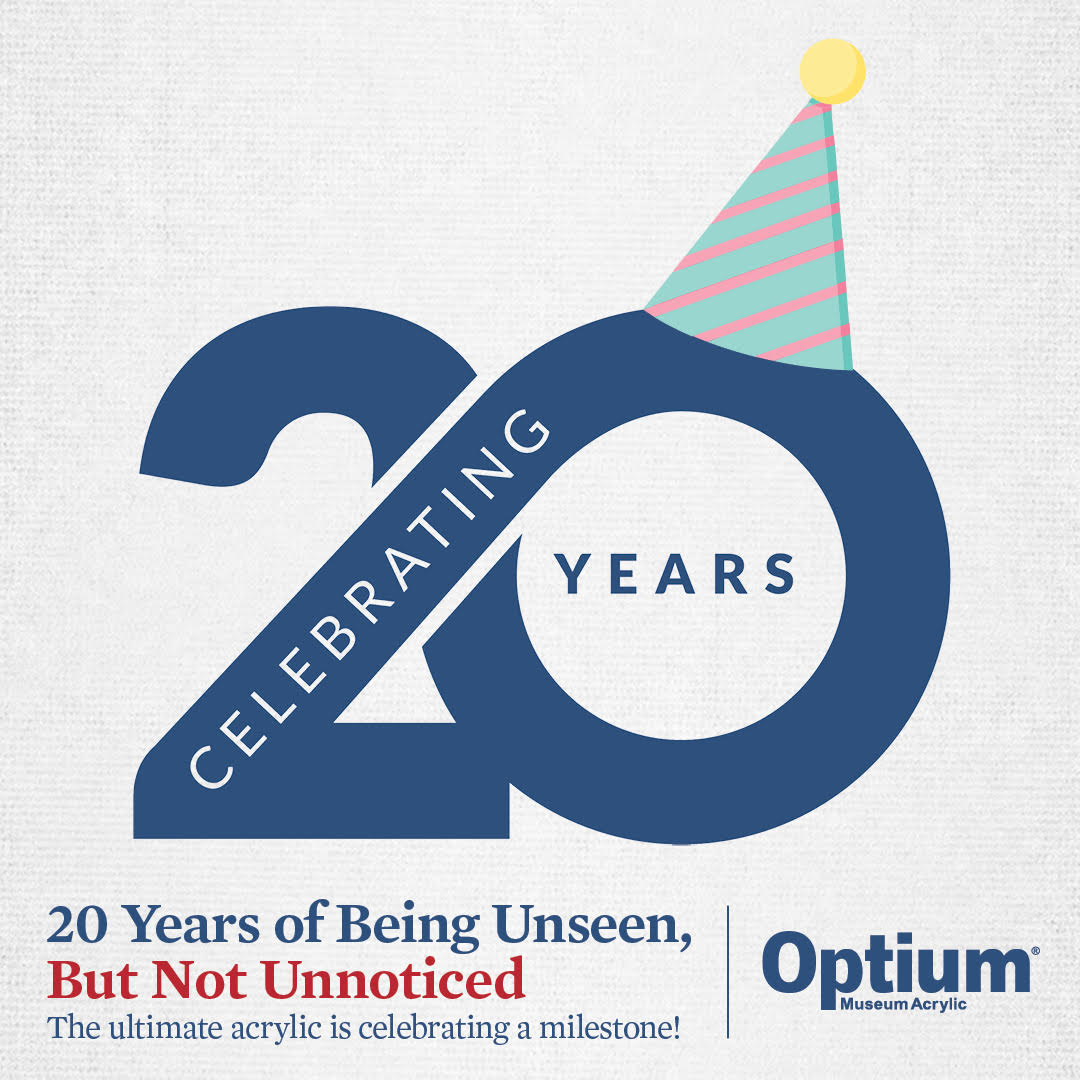 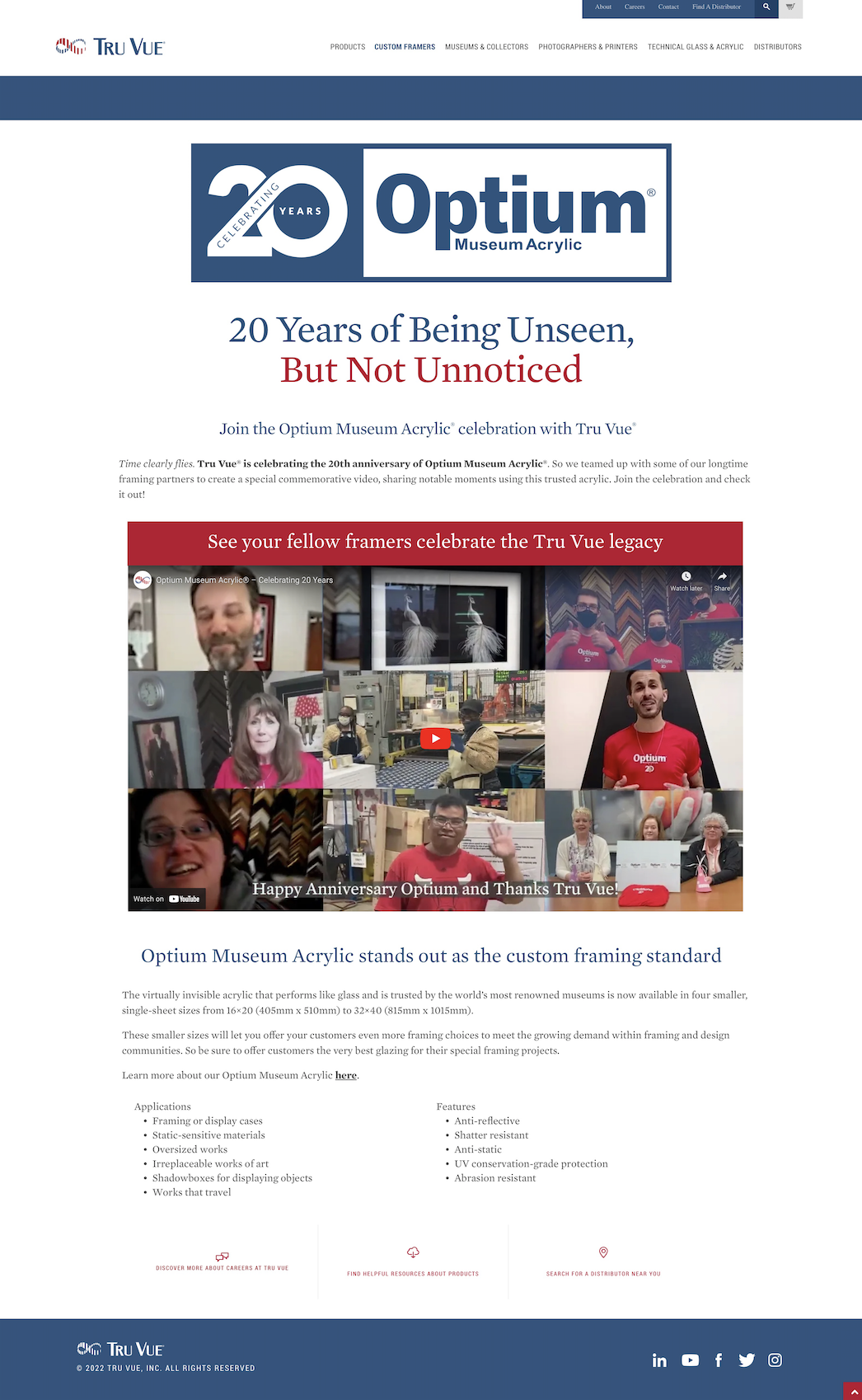 Check out the framers celebrating the Tru Vue legacy by watching the video below!